Play with me online:

Hi. My name is Nicholas and I play PC games. If you want to play a game with me, look for me on Steam or in the Gamers with Jobs forums. Better yet, contact me @nnschiller on twitter or email infoliberty [at] gmail [dot] com, since I almost always have to schedule my gaming time in advance these days.

I have created a Steam Community for library gamers. My thought was that since online gaming can be so difficult to get into or enjoy on public servers, library workers could benefit from a place to play. I haven’t done much with this yet, but feel free to use it.

The app was not found in the store. 🙁
Go to store Google websearch

Confusing name aside, this is an excellent role playing game to get lost in. It falls more on the pen and paper side of the RPG spectrum than the action game side, but I’m enjoying it without always doing the math or planning my characters’ path from birth to apotheosis. There are a lot of things about this game’s setting (Pict in post-Roman Britain) and the psychological research that went into making it. I think there’s an interesting game in here, but I haven’t really done more than scratch the surface yet. 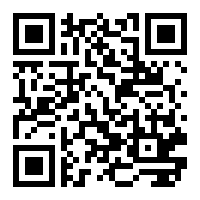 The past couple of years have been very good to fans of the former Looking Glass Studios. We’ve had a Deus Ex game, a System Shock play-alike (Prey) and now Dishonored 2. There’s not much I like better than an 0451 game or an immersive sim. After roaring through Prey, I’m taking my time with Dishonored 2 and enjoying every minute I can steal to play it.

Arcanum: Of Steamworks and Magick Obscura

The app was not found in the store. 🙁
Go to store Google websearch

This is a game that I REALLY wanted to be great when it came out in 2001. It wasn’t. But it did have the bones of a great game and internet rumor has it that the fan patches have fixed many bugs and uncovered some of the writing that was buried in the original botched release. So I’ve re-installed it and we’ll see if I have the time to play or if it can grab my interest again.

One thought on “games”